I have come across a book for young teens written in 1944 but set in 1938 called The Beginning Was a Dutchman (Faber and Faber). A Roman Catholic family with intriguing names (Mark, Bede, Eusebius, Damian) take a trip by boat up the Grand Union Canal. The family buy a boat from a Dutch scientist, but it turns out he has invented a new explosive and the formula is missing. There is war reference (rather light on plausibility) in which the children are kidnapped and interviewed by the Gestapo. They encounter good Germans (that is a pious Roman Catholic captain) and readers are left in no doubt that good Germans do not approve of the war. There is a good description of the Grand Union as a working canal.
Here is the title page: 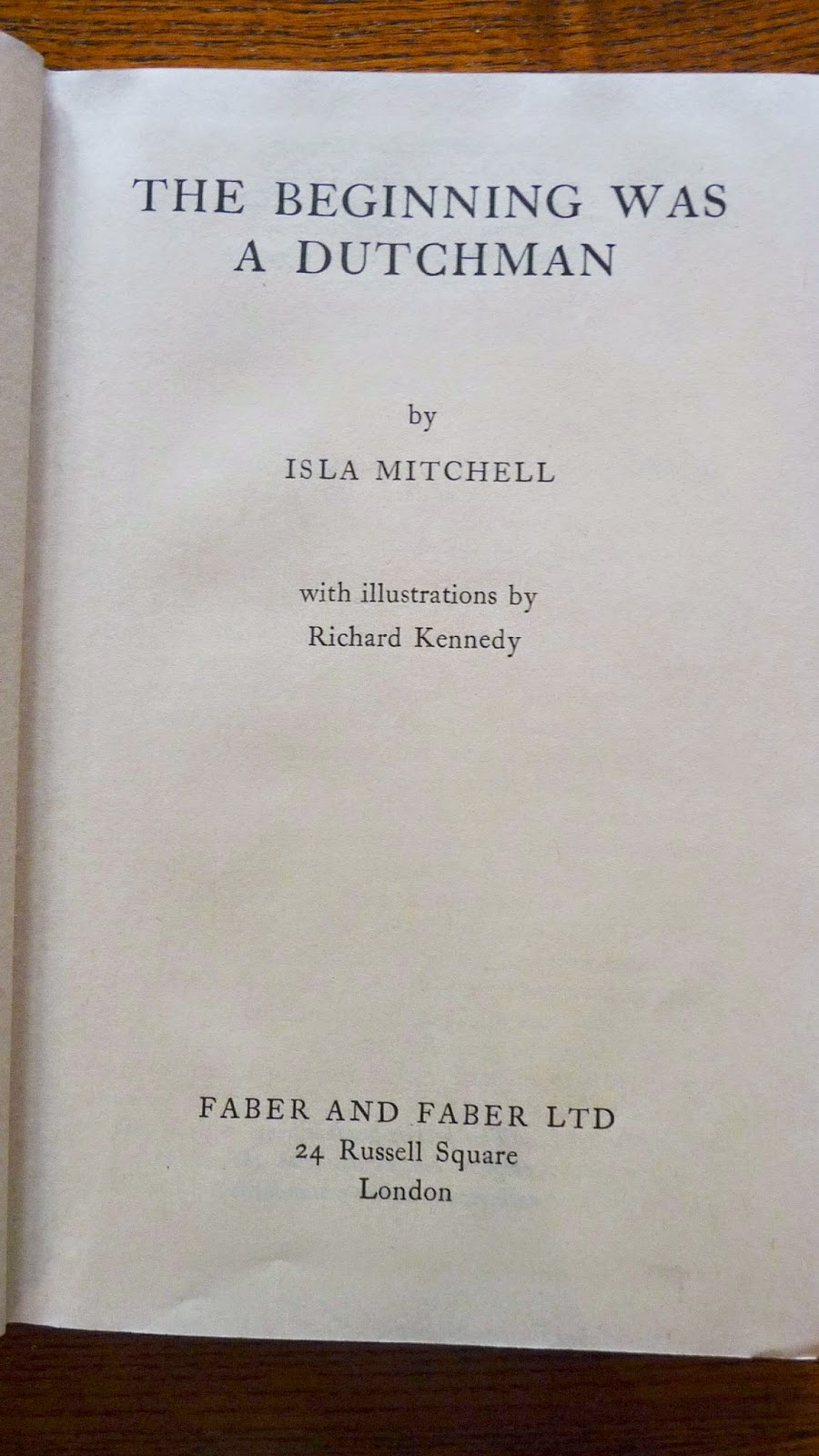 and pencil drawing on the front board of the boat and older children Mark and Bede (a girl): 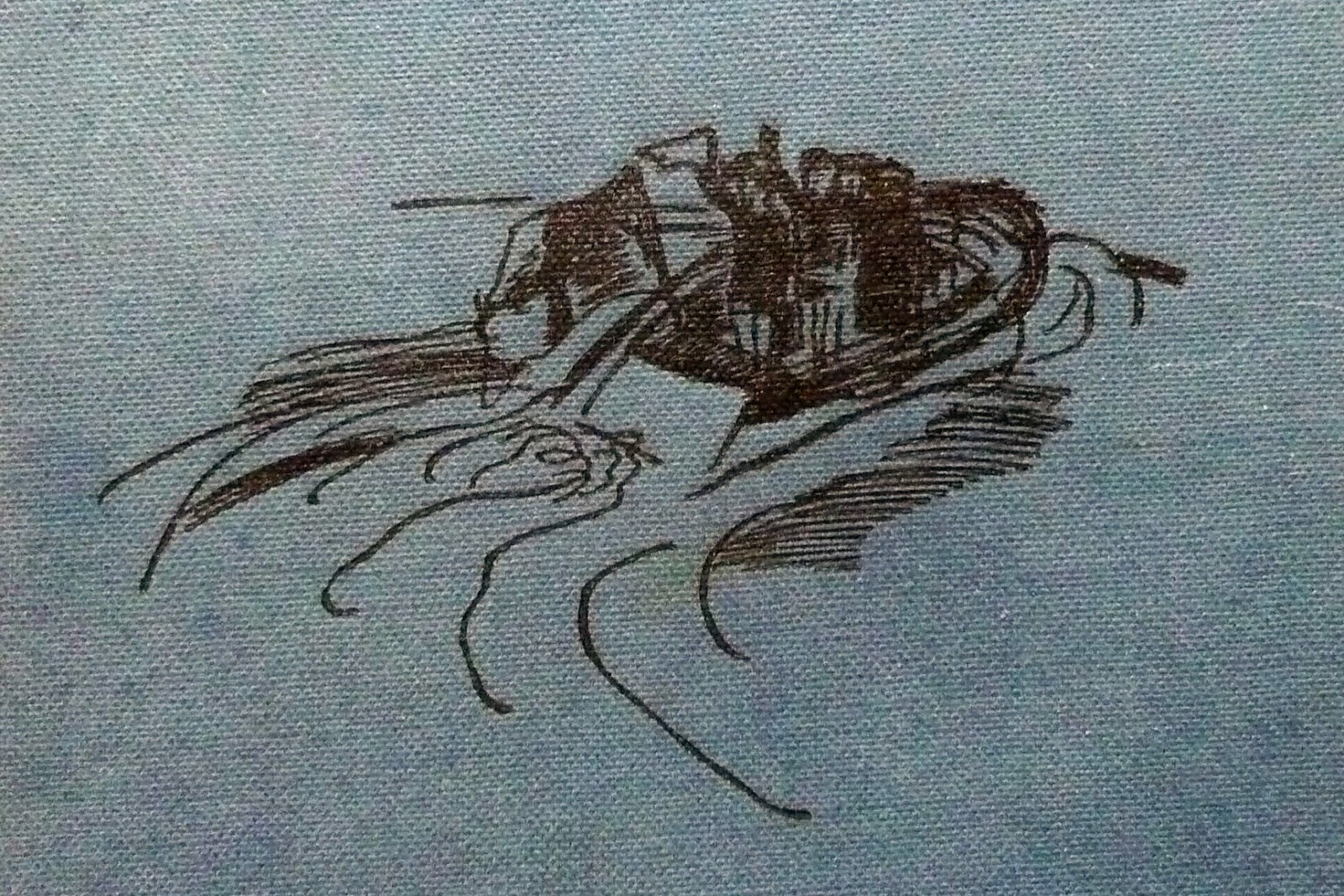 My copy has this inscription "from the Mitchells and Isla" to an unclear family name. 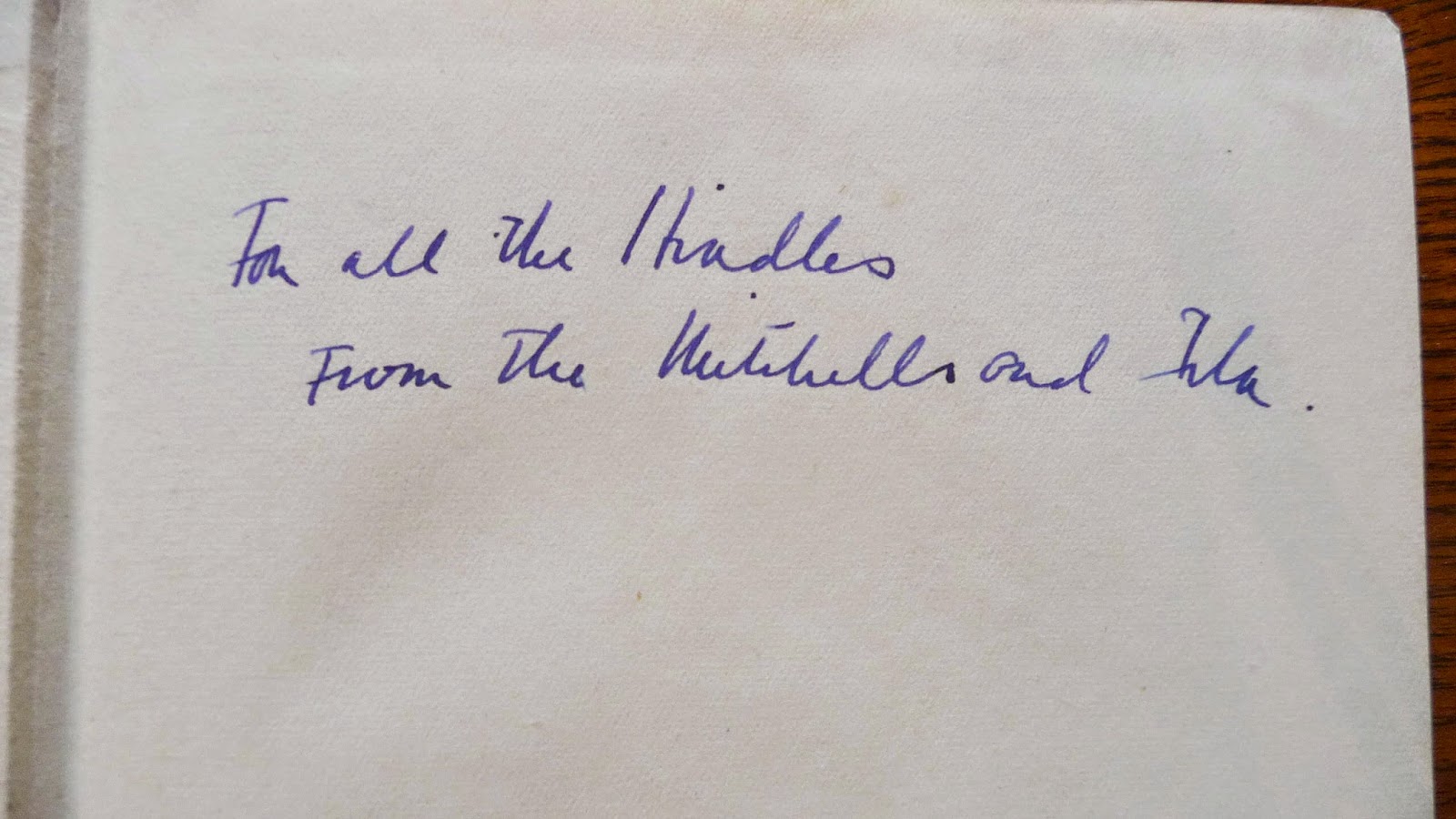 Isla also wrote a book on Ireland in 1952 called Irish Roundabout with illustrator Benedict Mitchell. Saints names seem to have a fascination for this family!  According to the blurb, "Story of a happy and often hilarious visit of a young brother and sister to the land of their forefathers--Ireland. For ages 12 & up."   I have only seen American editions (Dodd Mead of New York).
I would love to learn and further details of Isla and any other works.
Posted by Stephen Bigger at 08:57